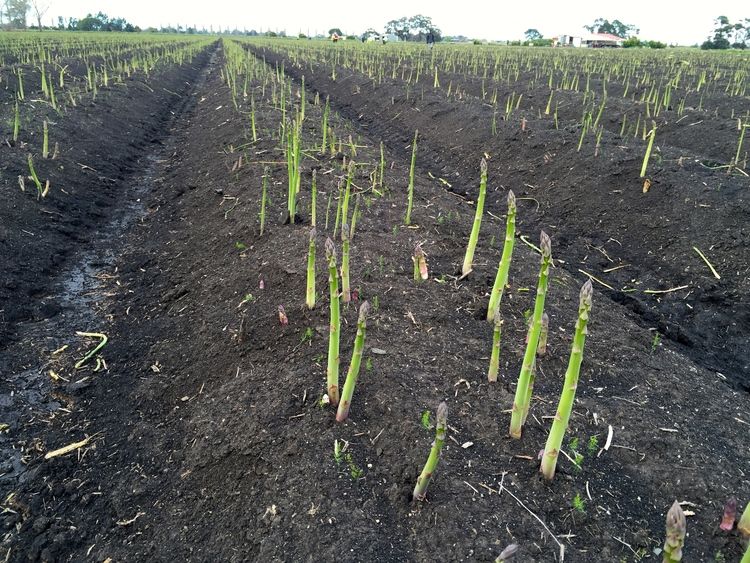 With favourable weather and trade channels clean Mexico’s asparagus traders are enjoying a smooth season ahead
The 2019 Mexican asparagus deal is expected to perform like more of a bell-shaped production curve as opposed to the sharp spike of 2018.

Cold night time temperatures prior to the harvest are what asparagus farmers hope for every year because it forces the plant into dormancy, fortifying for the season just ahead.

“The last of the production out of (Southern) Baja California is just finishing and Peru is directing the last of its volume to Europe so the supply channels are quite clean at the moment,” said Jim Hanson of Grower Direct Marketing, a major importer-exporter of Mexican asparagus.

“Prices are ranging anywhere from US$35 to US$50 on 11lb (5kg) cartons at the moment. Doesn’t matter if it’s standards, large or jumbo – if you’ve got a box of ‘grass it will sell.”

“Last January (2018) was one of the heaviest ever (for shipments),” noted Hanson. “There’s a totally different ‘feel’ to the deal this year as production didn’t get going in any significant way until early February.”

“The bulk of the deal – barring weather – will hit between week 7 (10 February) and week 13 (26 March) this year. The Mexicali Valley will get going around 20 January followed by Caborca (Sonora) a little later. Beginning in early April, however, we’re expecting a significant downturn in production, which probably means very low supplies for Easter (21 April).”

With the current gap in production, shipments all but ceased to Japan during much of January. Since Japan demands a specific grade of asparagus, Hanson expects that exports probably won’t resume until late January or early February.

“It takes another seven to ten days after the domestic deal gets going to have enough asparagus to supply that market.” 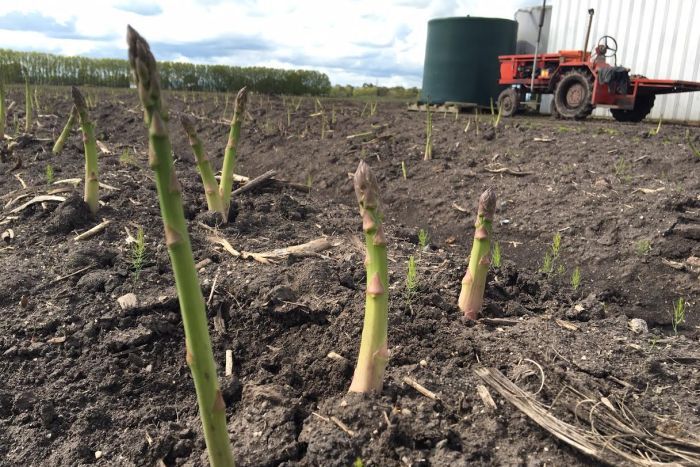 More than 90 per cent of Australian asparagus is grown in Koo Wee Rup, 70 kilometres south-east of Melbourne, and in Mildura in north-western Victoria.

Growers running at 30 per cent of capacity

Australia's largest asparagus grower Joe Vizzarri said the slow start to the season had been welcome news for the industry.

He said he and neighbouring growers were currently running at approximately 30 per cent of capacity.

"Fortunately, the rain has helped us because our export markets really aren't ready for us until at least October," Mr Vizzarri said.

"So the rain and the slow production has actually been very good for us."

Mr Vizzarri said the spring rain had not affected quality.

"Well look, even though the weather's been pretty ugly, cold and wet etcetera, we're pretty on par with last year's production and it's about to take off in a big way," he said.

Asparagus a difficult crop to manage

Mr Terry said the industry was grateful for a steady start to harvest because asparagus could be a very difficult and labour-intensive crop to manage.

Asparagus can grow up to one centimetre per hour, which means growers must be vigilant throughout the season.

"Once we get days of 20 degrees or above, we will be harvesting every day," Mr Terry said.

"It's one of the problems with asparagus production; you can't control its growth speed or rate and it's also highly perishable so you can't store it at all."

He said growers had been forced to deal with a "sudden influx of product" in recent years during harvest, which had created marketing difficulties.

"At this stage we're going along fairly nicely," he said.