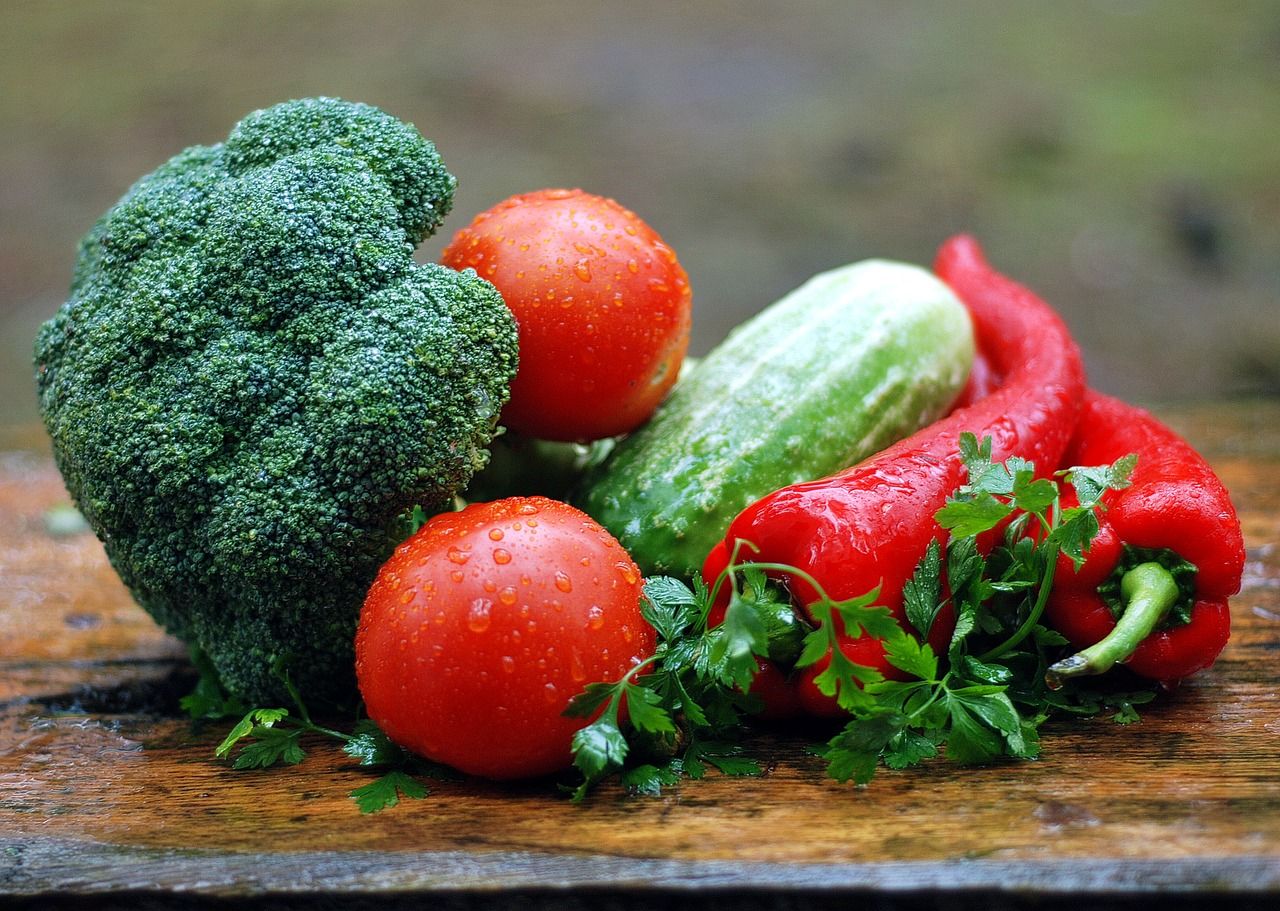 Australian vegetable exports rose by more than 15 percent last year, mainly due to strong international demand. Back home though, retailers and consumers are reporting higher prices than normal for vegetables at the store level.

The export figures, recently released by Ausveg, show fresh vegetable exports grew to $281 million in 2018 on the back of healthy growth in key export markets in Singapore (7.5% value growth), Japan (8.7% value growth) and Thailand (54% value growth).

The total volume of Australian fresh vegetable exports increased 15.5% to 227,000 tons, with increases across most major markets, again including Singapore, Japan and Thailand.

Carrots remained the strongest export performer in 2018 at 113,000 tons, increasing in value by 5.1% to $98m. Some other key vegetable exports included potatoes, onions, celery, broccoli and cauliflower, which all increased in value and volume in 2018.

Coote said the vegetable industry was well on its way to reaching the target of $315m in fresh vegetable exports by 2020 as outlined by the industry's export strategy.

According to Fresh Intelligence analysis of the latest China Customs figures, China imported a total of 4.8m tonnes of fresh fruit in 2018, worth US$6.9bn. This is up from the 3.8m tonnes valued at US$5.1bn imported in 2017, and achieved during a year when China recorded its slowest economic growth since 1990.

Imports from Chile, Thailand and the Philippines showed the greatest growth in 2018: up 68 per cent, 67 per cent and 42 per cent respectively in value terms over the previous year, the data showed.

Chile was just ahead of Thailand as the largest supplier by value due to the high prices of its cherries and grapes, Fresh Intelligence’s Wayne Prowse explained. In volume terms Chile ranked fourth after Vietnam (1.23m tonnes), the Philippines (1.16m tonnes) and Thailand (767, 472 tonnes) with 387,728 tonnes in 2018.

Meanwhile, Thai imports increased 67 per cent in value over 2017, and were dominated by durians and mangosteens.

The Philippines ranked third in import value growth terms, with mostly bananas and pineapples, and was followed by Vietnam, with dragonfruit and longans.

New Zealand imports, mostly kiwifruit and apples, saw a 21 per cent growth in value during 2018, while Australia was just behind, dominated by grapes and citrus and showing growth of 19 per cent.

The US slipped to seventh from fifth position in China’s 2018 import value rankings, and was the only major trading partner to lose value by 31 per cent, the figures showed.

The US export decline to China reflects the impact of retaliatory tariffs and stricter customs controls on US imports due to the diplomatic tensions between the two countries, which began in July 2018. 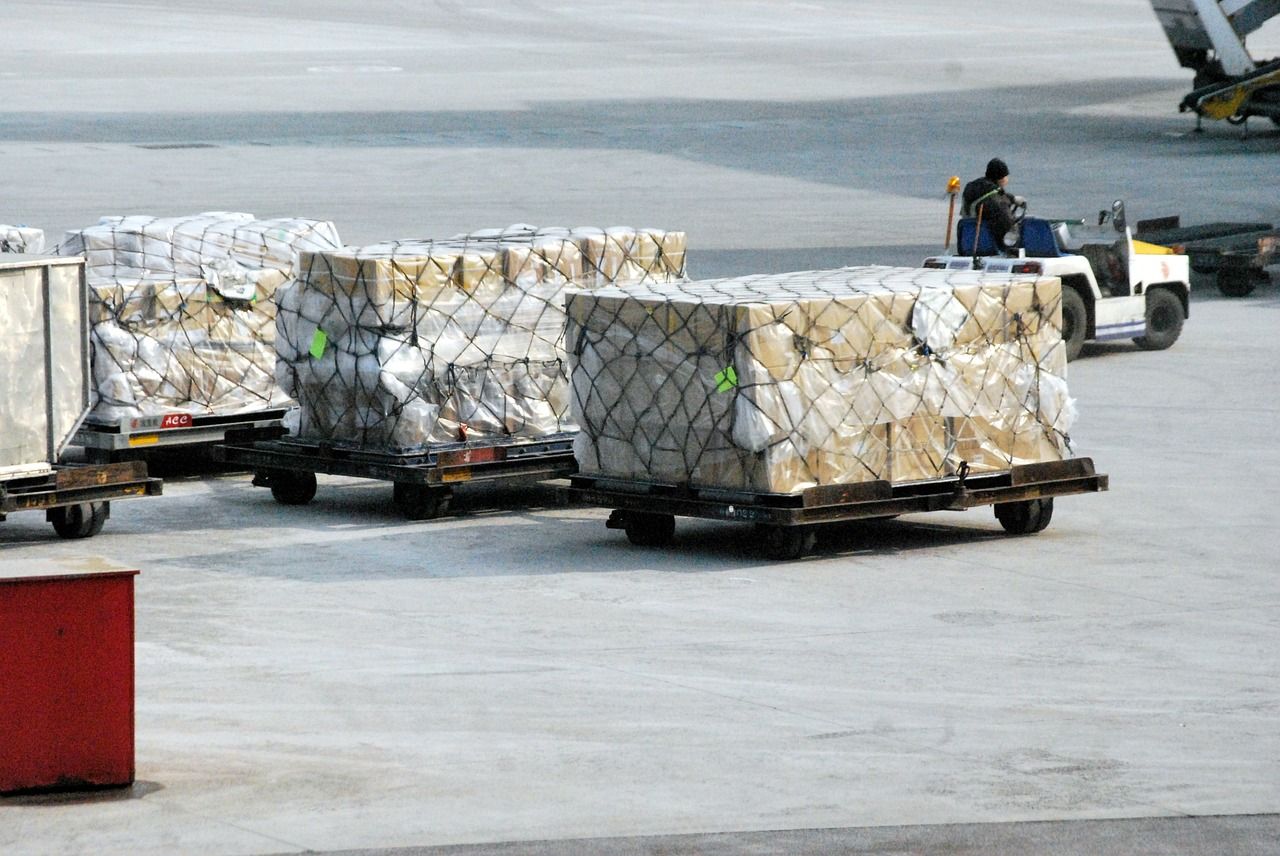 Demand for irradiation services is increasing in Australia, as key export markets accept it as a phytosanitary treatment
Regarded as simple and highly reliable, irradiation treatment is opening doors for Australian exporters in Asia.

Within the past 18 months, both Vietnam and Thailand have recognised irradiation as an accepted phytosanitary treatment for selected Australian fruit lines.

The irradiation treatment process takes about 45 minutes to complete and is a continuous flow of palletised product on a conveyor. It is conducted within the confines of a chilled room, meaning the consignment can be loaded for export immediately after treatment without any disruption to the cool chain.

Once treated, the fruit is free to travel to its destination by whichever means desired. It means airfreight is now a viable option for Australian exporters targeting discerning consumers with a preference for the freshest possible fruit.

Australian cherry and table grape suppliers are already sending fruit to Vietnam under this method, with demand for irradiation services from these two sectors exceeding expectations, according to Ben Reilly of Steritech, an Australian company specialising in irradiation treatment from a facility in Brisbane.

“We expected demand to peak at the start and end of the grape season, but over 2017/18 the demand for airfreight treatments was season-long,” Reilly said. “Importers are excited to receive early shipments of the freshest grape variety being harvested. For cherries there really is no other viable option for airfreight.”

Australia and Thailand announced a new irradiation pathway for horticultural exports in September. Australian persimmons and Thai mangoes were the first products to be ticked off for approval under the irradiation plan.

Reilly can also see doors opening for irradiated Australian fruit in other markets across Asia and around the world.

“The treatment is highly reliable with fewer variables that can impact efficacy, which is increasingly important to regulators,” he said. “It’s a unique combination of commercial, technical and environmental benefits that are driving the growth.”

Such is the promise irradiation shows for Australian exporters, Steritech is developing a second facility in Melbourne, which is on track to be open for exports over the 2019/20 Australian summer. Melbourne is located closer to the country’s major cherry and grape production regions than Steritech’s Brisbane facility, which was initially built to handle Australia’s tropical crops.

“With the Melbourne facility, Australian grapes and cherries should be capable of arriving in markets like Vietnam and Thailand within 48 to 72 hours of being picked,” Reilly explained. “This would provide a tremendous advantage for Australian producers competing in a global market.”

Read more about market access gains being made by Australian exporters with irradiation in the December 2018/January 2019 edition of Asiafruit Magazine, out now. 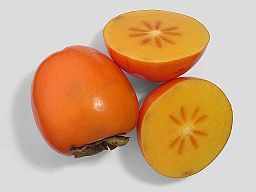 Persimmon and mango suppliers the first to benefit from new agreement signed last week
Australia and Thailand have announced a new irradiation pathway for horticultural exports.

Finalised last week, the agreement will provide Australian and Thai suppliers with a more direct avenue to exporting their products, along with a safe and chemical-free way to manage biosecurity.

The irradiation process sees fruit enter a large chamber via a conveyer belt, where it is sterilised, killing bacteria and pests.

In most cases, the process alleviates the need for cold treatment, which is commonly conducted in transit via seafreight. Therefore, irradiation will provide a viable option to exporters from both countries hoping to send their fruit via airfreight.

Australian persimmon growers and Thai mango exporters will immediately benefit from the new agreement, with these products the first to be ticked off for approval under the irradiation plan.

Produced primarily in south-east Queensland, Australian persimmons have previously been exported to Thailand under cold treatment.

“This agreement will help open doors for the Queensland persimmon farmers and deliver speed to market,” said Australian minister for agriculture David Littleproud.

“With this deal done and dusted we can get on to tackling other commodities and get them on this same pathway. This will help get our quality produce onto Thailand supermarket shelves faster.”

Thailand is enamoured with Aussie mandarins 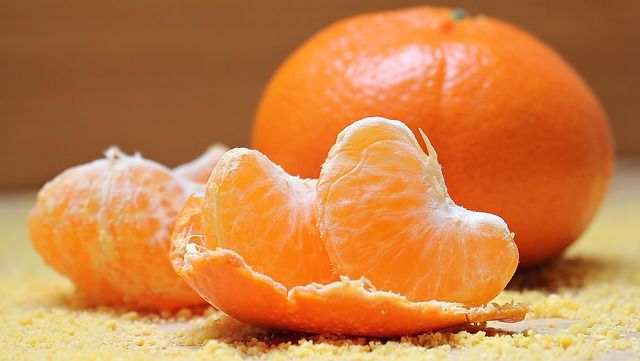 Demand for Australian fruit, especially mandarins, continues to increase in Thailand, on the back of targeted trade promotional campaigns like the annual ‘Australia Now! In Season’ initiative.

‘Australia Now! In Season’ is a multi-industry, multi-country integrated promotional program focused on South East Asia. It is designed to raise awareness of the advantages of quality, safe and healthy Australian horticulture products.

The program promotes Australia’s fresh fruit as it comes into season, commencing with summer fruits including grapes, then pears, apples, navels and mandarins as the season progresses.

‘This is because Thailand is the region’s food manufacturing hub, catering to both domestic and international markets. It is also underpinned by changing consumer patterns and the increasing income levels of Thai consumers,’ said Rees.

‘Thai consumers also have a greater awareness of food safety issues. Australia is seen as a “clean, green and safe” supplier, offering better quality and tasting produce when compared to imported products from other countries.

‘Australian Honey Murcott mandarins are highly regarded because of their vibrant colour, long shelf life and high sugar content with a well-balanced acidity,’ he added.

Local retailers are reporting very strong sales of Australian mandarins and are predicting growth of 40 per cent during the ‘Australia Now! In Season’ campaign, as it often coincides with key Chinese Lunar events celebrated in Thailand like The Hungry Ghost, Full Moon and Vegetarian Festivals.

Another initiative which has helped propel interest in Australian produce was the Austrade-AusVeg Thai buyers visit to Australia from 10-17 May.

Rees said these activities have collectively resulted in more leading retailers across Thailand actively seeking Australian produce to sell in their stores.

The Thailand-Australia Free Trade Agreement (TAFTA) has also provided Australian exporters with a competitive advantage over other countries, as it eliminated import duties for many fresh produce items in 2015.

For more information contact Austrade or visit the website to learn more about the opportunities in the fruit and vegetable sector and doing business in Thailand. 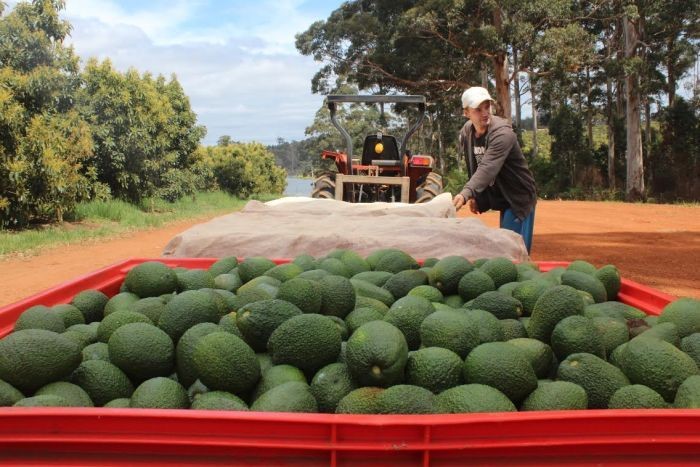 The Australian avocado industry says it is the closest it has ever been to securing new export agreements for lucrative avocado markets in Thailand and Japan.

Avocados Australia chief executive John Tyas is hopeful exports from Western Australia will begin for the coming harvest in September. Mr Tyas said the main concern for both countries was Australia's fruit flies, but negotiations over an export protocol for the flies had taken significant steps forward. "Later this month I understand there will be some audits undertaken by the Japanese Government of pack houses in WA, so that's a really good sign that things are progressing," he said.
"Our government is in negotiations with the Japanese Government around a suitable protocol based on what we call conditional non-host status for hard green avocados. "What that means is when the avocados are in their hard condition picked from the tree they're actually not susceptible to fruit fly. It's only once they start to soften that fruit fly can infest them.
"The protocol that we're working on for Thailand has been presented to Thailand and there's been feedback on that."

Paving the way for other states

So far discussions have centred around how to manage WA's Mediterranean fruit fly, but Mr Tyas said the industry was hoping a successful WA export industry would pave the way for fruit from states with Queensland fruit fly. "At the moment we've seen a real opportunity for WA in particular because Mediterranean fruit fly is a concern in a number of countries," he said. "Acceptance that hard green avocados are not a host of fruit fly is well accepted around the world and there is a lot of scientific data to support that. So we should be able to get that over the line fairly soon."

Mr Tyas said in terms of Queensland fruit fly, there had been research done in Australia in the past that had demonstrated Hass avocados were not a host of Queensland fruit fly in their hard green condition. "However, we've found that the level of trials that was done, or the number of insects that were tested, wasn't sufficient to meet international protocols," Mr Tyas said. "So there is work underway at the moment that'll hopefully be finished at the end of this year that will prove with an adequate level of rigour for international trade."

Mr Tyas said both countries presented good market opportunities for WA growers, but produce needed to be marketed as clean and green. He said quality and reliable supply was paramount.  With the West Australian avocado industry expected to increase production significantly, Mr Tyas said new markets were essential for the industry.

"It is a concern and there are new plantings going in all the time, so it's essential that we open new markets," he said. "There are other markets that we are trying to open. China is another one that we'd love to have access to, and there are other markets throughout Asia in particular that don't have protocols. "Most of our export fruit goes to Singapore and Malaysia at the moment and those markets don't require protocols. "We need to keep pushing every avenue that we can to get new markets for this increased supply." Mr Tyas said he would like to see Australia's avocado exports grow from 4 per cent to about 10 per cent in coming years.