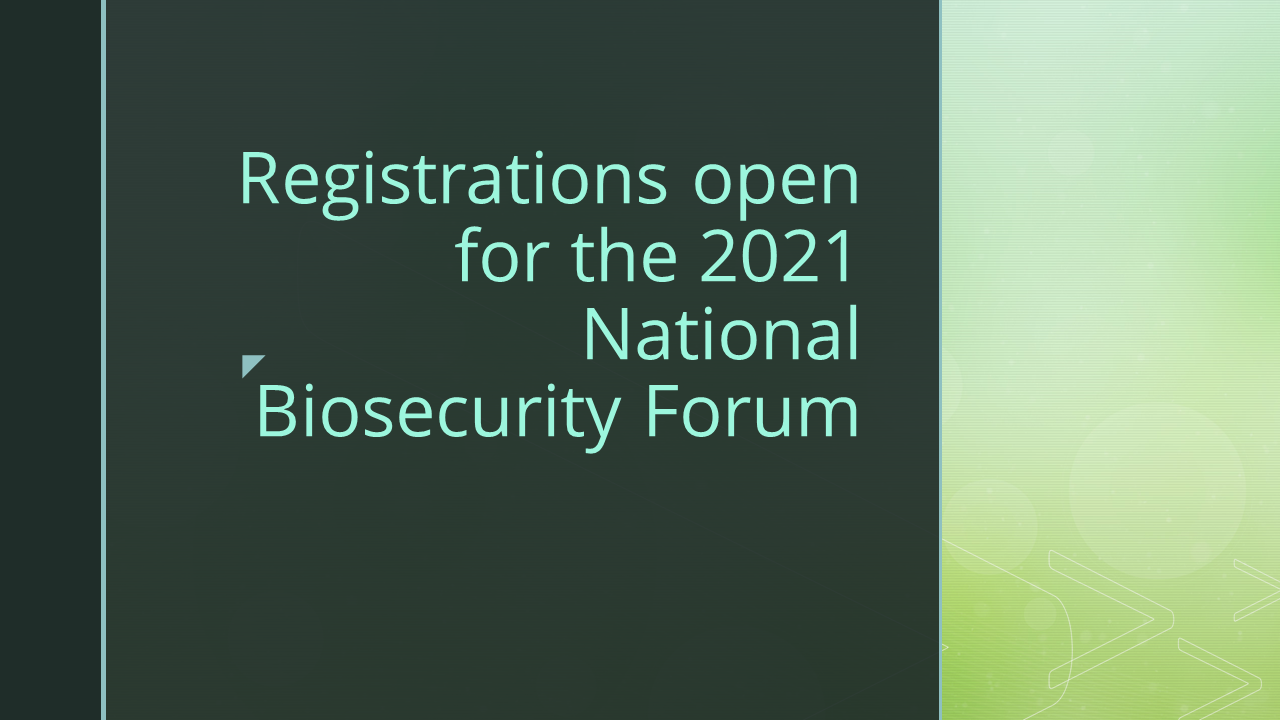 The 2021 National Biosecurity Forum will be held virtually on Wednesday 10 and Thursday 11 November 2021.

Hear about new and innovative approaches to managing the biosecurity challenge.

The forum this year will focus on: 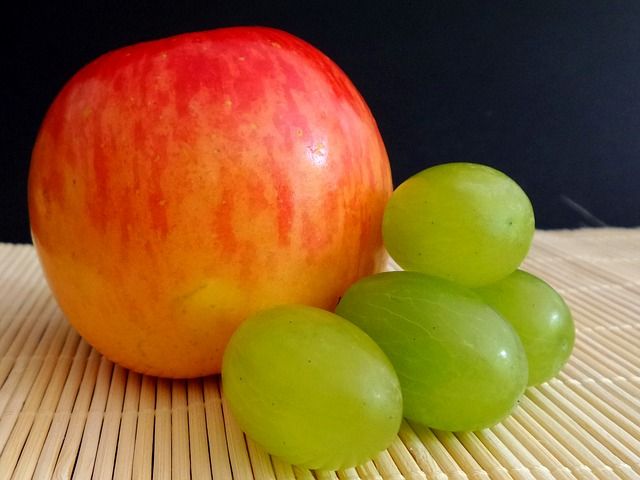 The USDA has forecast Chilean table grape exports to rise significantly in the upcoming season, while apples are expected to remain flat and pears will likely see a decline.

Table grapes
In its Fresh Deciduous Fruit Annual report for Chile, the USDA said it expects table grape exports from the Latin American country to rise by 23 percent year-on-year to 645,000 metric tons (MT).

"This estimate assumes production will bounce back after the setback caused by the rainfall in January 2021," it said.

Chilean table grape exports decreased by 13 percent in volume last season to 525,419, while the value of exports dropped by 11 percent to $826 million.

Total table grape production is expected to increase by a similar level to exports to reach 805,000MT. The rebound in production is associated with increased production from new varieties planted in recent years and a return to more normalized climatic conditions.

China is the second market for Chilean table grape exports, totaling 78,117 MT in 2020-21 a 30.1 percent decline over 2019-20. This decline is attributed to the quality of the fruit that was damaged by rainfall. Much of this product was not good enough to travel from Chile to a distant market like China and arrive with the required firmness and overall quality.

"Producers are renewing current apple orchards with new varieties, but planted area is not increasing significantly due to competition from other fruit crops that are more profitable," it said.

"Some of the new apple varieties in Chile are Brookfield Gala, Pink Lady, Rosy Glow, Ambrosia, Modi, and Buckeye."

The USDA bases this projection considering the drought problems that Chile is facing in the apple production regions and assuming no unexpected meteorological events.

Pear exports are set to decrease by 7 percent to 112,000 due to the decrease in pear planted area and lower anticipated production volume.

"In 2020-21 (data until August) Chile increased exports by 6.8 percent, totaling 114,915 MT," it said. "This increase in exports was due to the increase in pear production and because Chile was able to position pears in foreign markets, despite the difficulties in commercialization that come from consumer preferences."

Further information on what this means for plant exports can be found at New plant export legislation.

This Industry Advice Notice (IAN) is to advise that the Exposure Draft Export Control (Plants and Plant Products) Rules 2021 has been released for public consultation until COB 30 November 2021.

The Exposure Draft Export Control Legislation Amendment Rules 2021 is now available on the department’s Have Your Say page. This page also includes a series of information sheets.

Avocados dumped amid glut in domestic supply and imports from overseas 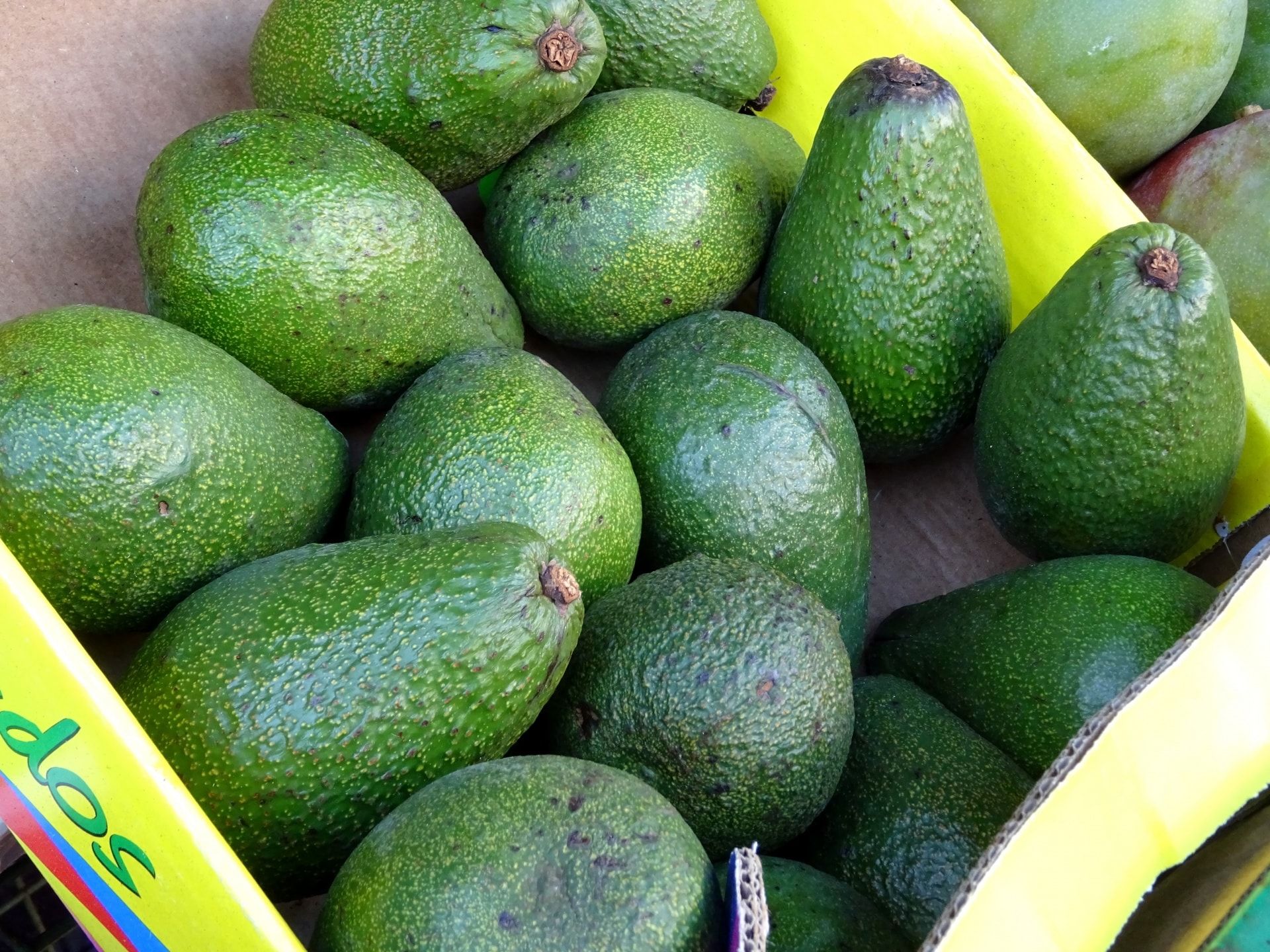 West Australian avocado growers are dumping fruit because it's not worth the cost of packing and sending it to market.

Avocado prices have plummeted to just $18 a tray on the back of a massive national crop and a record production year in WA, which has led to an oversupply of product.

Grower Vic Grozotis says he's been forced to discard perfectly good lower-grade fruit in a pit on his farm at Manjimup, about 300 kilometres south of Perth.

He says the fruit, which has purely cosmetic defects, would have been sold to the food service industry in a normal production year.

"We've had to dig a hole to bury a lot of the avocados we can't sell," he said.

"To have to dump fruit which had a commercial return last year and has a zero return this year has a big impact on farmer's bottom line and some farmers are losing money this year.

"It's disappointing, the resources that go into producing avocados — it's quite high and it's expensive.

This season, 8.2 million trays of avocados are expected to be picked in WA — a 233 per cent increase on last year's crop.

With so much fruit produced domestically, growers like Mr Grozotis are questioning why major retailers are still importing fruit from New Zealand.

Industry data shows that tens of thousands of trays of overseas fruit is being brought in to be sold on Australian supermarket shelves every week.

Twenty per cent of fruit that's being sold in Australia is imported, and that could be sourced from Western Australia," he said.

"Industry has told our supermarkets that there would be more than adequate production from Australian produce, but they seem to have ignored that.

"This year we clearly don't need to see any imported avocados as you can see by the prices," he said.

"We could easily supply all the avocados that are needed in Australia this year.

"But I guess New Zealand has been in Australia for a long time and they can't turn the tap off overnight."

"I think ultimately that's what will need to happen over the next few years as we can meet demand week-in-week-out there will be less of a need for that product," he said.

Many international markets are already importing fruit from lower-cost competitor countries such as Chile and Peru.

This season unprecedented freight and logistics challenges has made it even harder to access overseas markets.

"It's very difficult to get containers and air freight is very expensive so the export market at the moment is extremely difficult," Mr Grozotis said.

Adjusting to the new normal

Manager Alan Blight fears supply gluts will become the new normal, because only half of national avocado tree plantings are at maturity.

"Conditions were good for productivity this year but there are also an awful lot of trees that have been planted that weren't producing this year," he said.

"It's hard to see with all of the trees in the ground people making money into the future."

In the meantime, Mr Blight hoped consumers would take advantage of the cheap produce available.

"There has never been a better opportunity to get in and try avocados and start the habit today, become addicted," he said.

By Jessica Hayes and Lucinda Jose

Purpose
This Industry Advice Notice (IAN) is to notify stakeholders of updates to the Plant Exports Management System (PEMS).

Summary of changes and key points

This is to advise that Industry Advice Notice (IAN) 2021-58 Plant Export Operations –Updated information on registration for food processing and storage facilities handling product for export to China and product labelling requirements is now available on the department’s website. 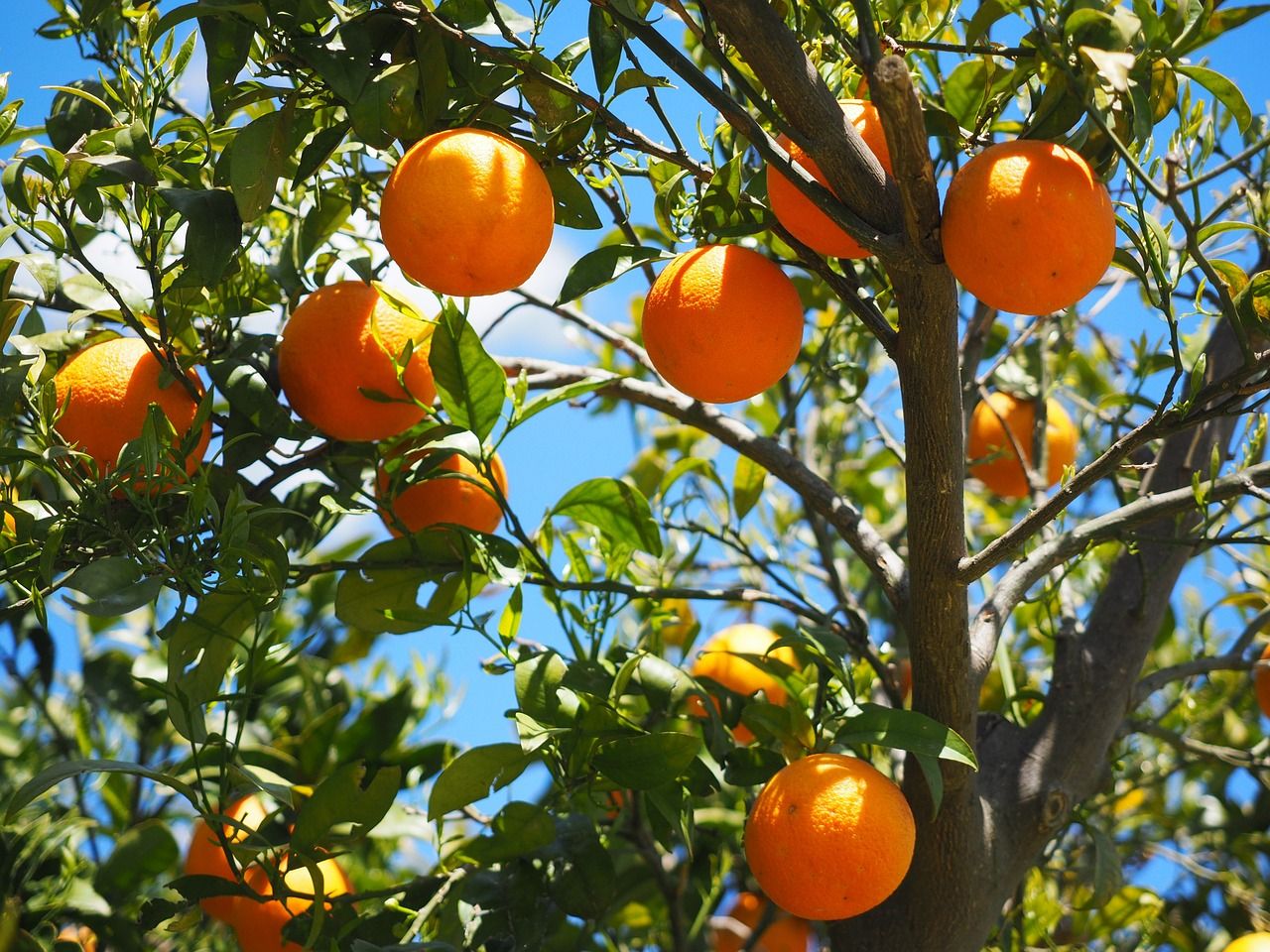 The US Department of Agriculture’s (USDA) Animal and Plant Health Inspection Service (APHIS) is expanding the production areas in Australia authorised to export fresh citrus to the US.

Under current measures, only citrus grown in Riverina (NSW), the Riverland (SA), and Sunraysia (VIC) can be exported to the US.

The three additional regions APHIS will authorise include Queensland, Western Australia, and the shires of Bourke and Narromine within New South Wales.

APHIS is also revising the conditions under which citrus from Australia can be imported. APHIS scientists prepared a pest risk assessment (PRA) and a commodity import evaluation document (CIED). The CIED identified the phytosanitary measures that could be applied to ensure citrus fruit from new areas of Australia can be safely imported without increasing the risk of introducing pests.

An operational work plan that details the requirements under which citrus will be safely imported must also be put in place.

Furthermore, all citrus must be washed, brushed, surface disinfected in accordance with treatment schedules listed in the PPQ Treatment Manual, treated with fungicide at labelled rates, and waxed at packhouses. Imported fruit will be subject to inspection at the port of entry into the US.

Latest Department of Agriculture advice notices are as follows:

BICON houses the Australian Government's Biosecurity import conditions database for more than 20,000 plants, animals, minerals and biological products. It will help you to determine what import conditions exist and if an import permit is required. Please refer to the Department of Agriculture, Water and the Environment Importing to Australia page for more information about BICON. 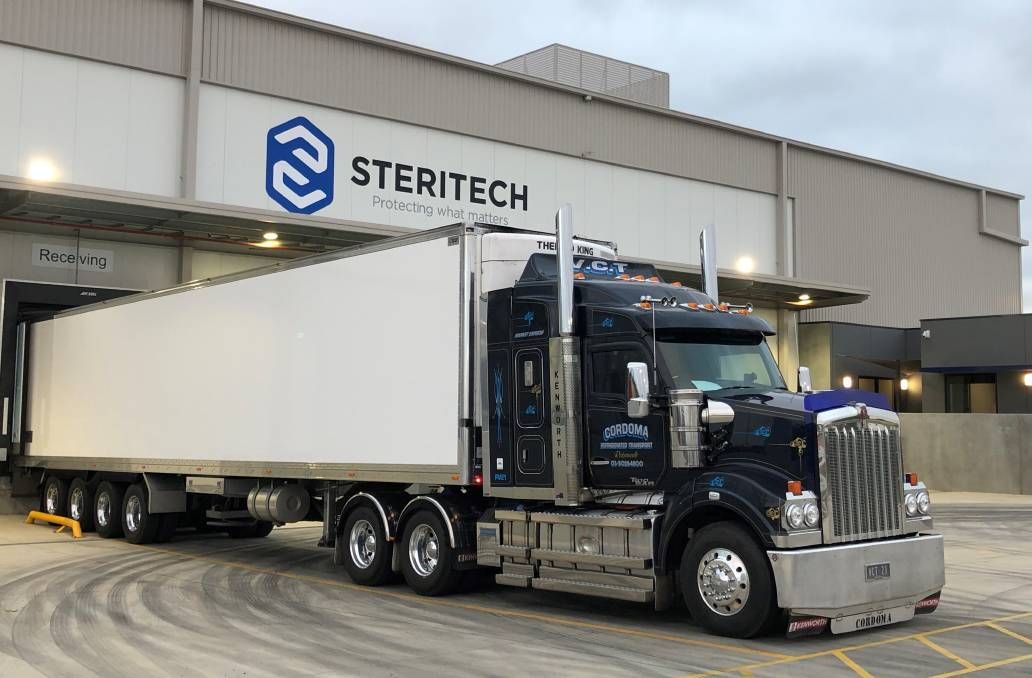 IRRADIATION is increasingly becoming the go-to option for fresh produce exporters, according to the Victorian Government.

The state has talked up the benefits of the procedure which treats fruit and vegetables for rogue bugs and diseases prior to departure.

It comes on the back of Food Standards Australia New Zealand (FSANZ) recently announcing a new domestic food regulatory measure that permits the use of irradiation as a phytosanitary treatment for all fresh fruit and vegetables (Standard 1.5.3 - Irradiation of food).

Over the past five years, Australian domestic and export trade volumes using phytosanitary irradiation have tripled in volume.

A growing list of crops including table grapes, mangoes and cherries have all had export success using irradiation as a phytosanitary treatment.

Agriculture Victoria is leading a project in conjunction with Hort Innovation with new research intended to fill gaps in the knowledge regarding pest and disease mortality, impacts on product quality and shelf life, and barriers to market access.

The project, Building capacity in irradiation - pathways to export, will be delivered by an international research consortium led by Agriculture Victoria with support from Steritech, NSW Department of Primary Industries, SA Research and Development Institute, Aerial (France), NZ Plant and Food Research, and Radservices (NZ).

The project is designed to build industry and government capability, support strategic sharing of knowledge with international trading partners, and promote acceptance of phytosanitary irradiation by those same trading partners.

"Australia is well positioned to continue leading the world in the development and application of phytosanitary irradiation."

Food Standards Australia New Zealand (FSANZ) recently announced a new domestic food regulatory measure that permits the use of irradiation as a phytosanitary treatment for all fresh fruit and vegetables (Standard 1.5.3 - Irradiation of food).

According to a statement from Agriculture Victoria: "Irradiation as a phytosanitary treatment is fast, chemical free, cost-effective and potentially 100 per cent carbon neutral by using renewable energy sources however it is not recognised by many of Australia and New Zealand's trading partners."

"All this whilst retaining product quality and shelf life better than traditional measures are able."

Australia has been a leader in the development and application of phytosanitary irradiation for the past 15 years, establishing common food standards with New Zealand and negotiating trade protocols to eight different export markets, including the USA, Vietnam and Thailand.